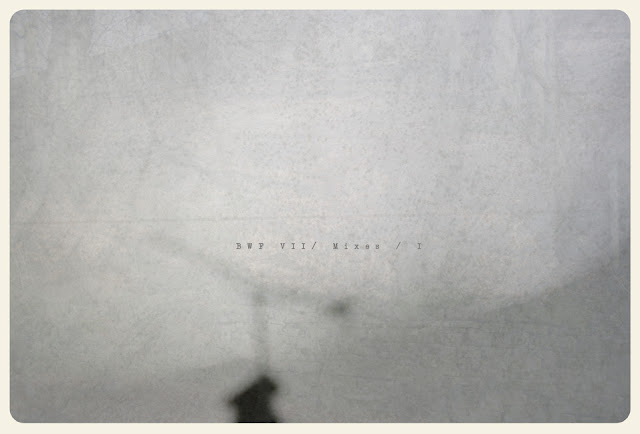 I was pleased to have been asked by British Wildlife/Adam Nodwell to play a selection of tracks between bands' sets at the seventh British Wildlife Festival at the Brudenell Social Club, Leeds on Saturday 2nd March 2013. Rather than play tracks 'live' using decks or CDJs I offered to make a set of mixes in advance, to allow me to experiment with the format and create works that I wouldn't necessarily be able to in a live context.

The mixes were made using an old copy of Cool Edit Pro, without any plug-ins, effects or 'production', but rather as raw, 'cut & paste' collages of tracks layered on top of each other and stitched together. They're sloppy and by no means 'perfect' but exist as a document of the first attempt at what will hopefully be an on-going project.

So, here's the first of six mixes available to stream via Mixcloud, featuring (in some way or other):

My Bloody Valentine - You Made Me Realise
1994! - Untitled 2
Phil Julian - Hive Work
Ex-Models - Buy American
Tortoise - Salt The Skies
Ashanti and Ewe Tribe of Ghana - Atokwe 1
Kogumaza - Swang
Storm & Stress - Meet Me in the Place they Stare at Leaving their Seat During a Show
Ciccone Youth - Macbeth