Crow Versus Crow presents... The Inaugural Event of Bradford Threadfest 2013 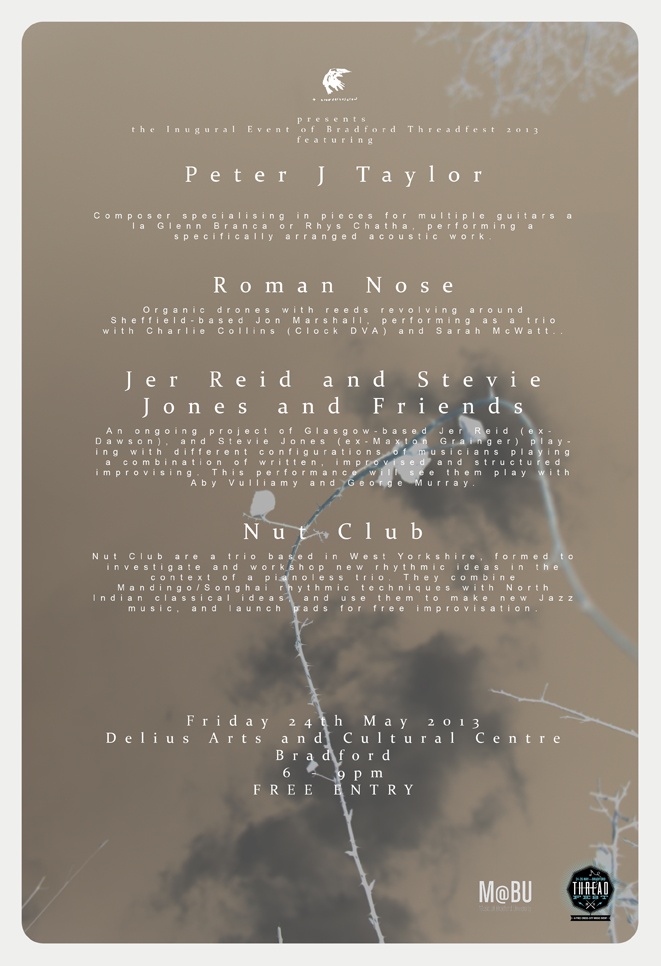 Peter J Taylor is a Composer, Guitarist from the UK, Helping create the founding sounds of Action Beat, he currently composes for multiple guitars. Using extended techniques, custom tunings and adaptive notation, Taylors music explores the harmonies of micro-tonal change in overtones. Making music with both site specific compositions and a touring ensemble, the music is both adaptable and challenging to both the participator and listener.  Taylor can be described sounding in comparison to Rhys Chatham, Glenn Branca, Boredoms, and has performed nationally and internationally playing with hundreds of musicians.
Peter J Taylor's website
Peter J Taylor's Bandcamp
Roman Nose

Acoustic Improvisation revolving around the Glasgow-based duo. Stevie Jones and Jer Reid have previously played live as an improvising duo and as part of larger groups of improvisers including Burghead, with RM Hubbert and Ben Reynolds and others. They have also played together on composed pieces for four electric guitars and a dancer, called From Home.
Jer Reid and Stevie Jones' website

Nut Club are a trio based in West Yorkshire, formed to investigate and workshop new rhythmic ideas in the context of a pianoless trio. They combine Mandingo/Songhai rhythmic techniques with North Indian classical ideas, and use them to make new Jazz music, and launch pads for free improvisation.

Bradford Threadfest Website
And here's the timetable for the full weekend... 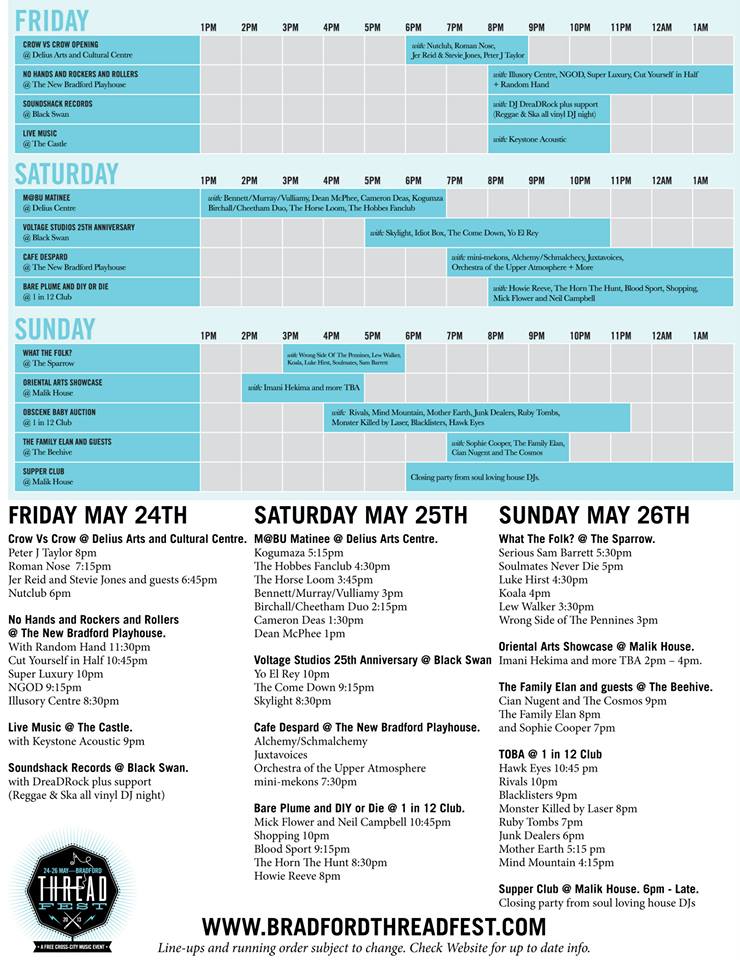