You're Gonna Need That Pure Religion, Halleloo': An Exhibition of New Work by Crow Versus Crow 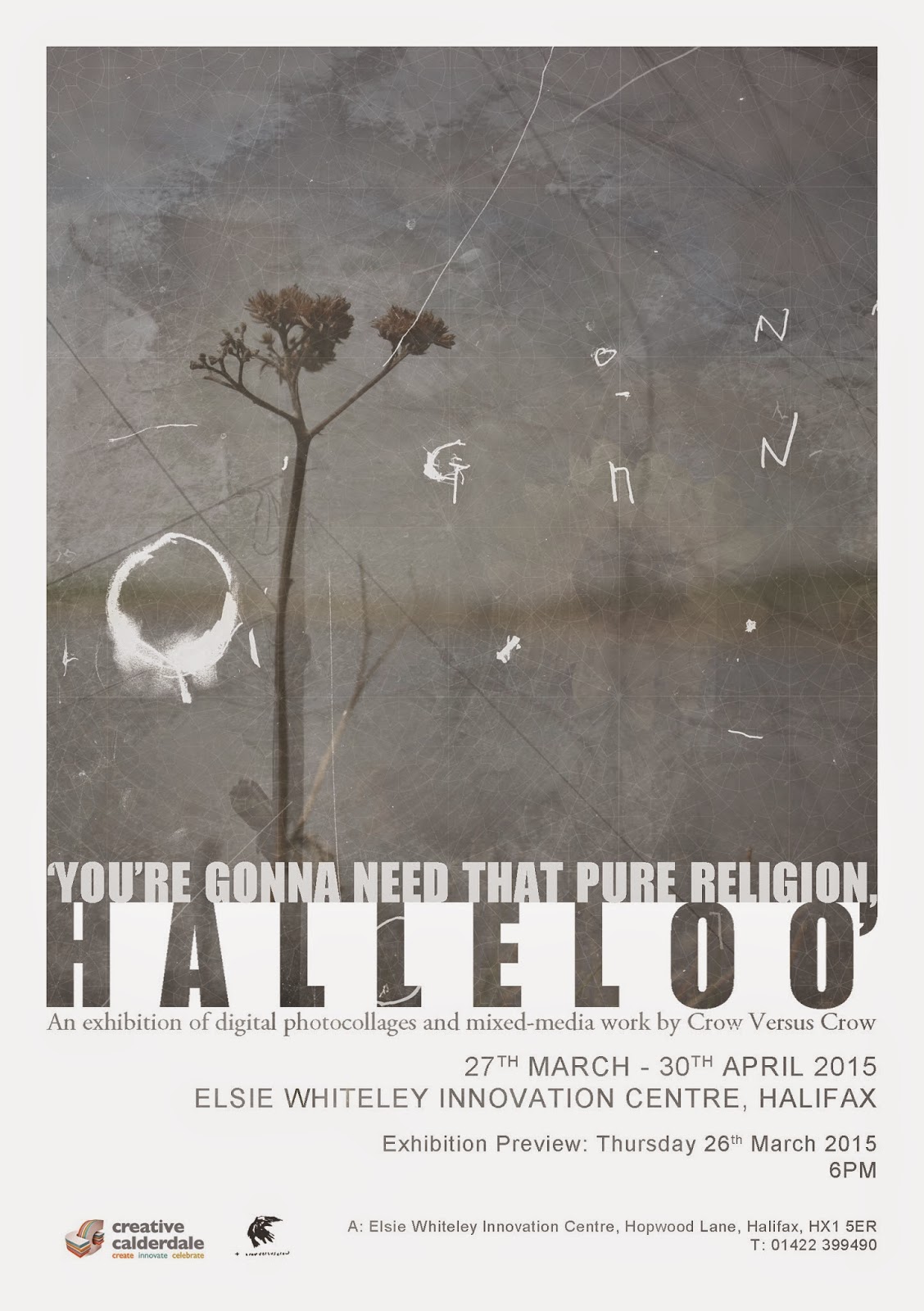 Adapting its title from American folk musician Lead Belly’s interpretation of a Gospel vocal traditional, ‘You’re Gonna Need That Pure Religion, Halleloo’, is a new body of work by Crow Versus Crow.

The collection of ten digital photocollages and a mixed media triptych builds upon a dense network of appropriated cross-cultural references, from the work of 16th Century esoteric philosopher Robert Fludd, through Islamic geometric pattern to the cut-up methodologies of Brion Gysin and William S. Burroughs, to consider existential questions of ‘meaning’ beyond specific religious or spiritual orthodoxies.

Compiling photographs taken over a period of four years, which are layered with minimal digital manipulation or alteration, along with hand-drawn and found imagery, the photocollages are presented as stills from a continuous (imaginary) reel of film. Non-linear and cyclical, a narrative stretches across the ten frames.

The triptych was created alongside and in relation to the photocollages, focussing and expanding upon specific themes from within, through repeated motifs and iconography.