The Crow Versus Crow Radio Show #15 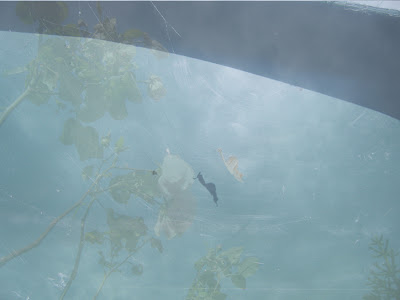 We've decided not to podcast the show whilst there are issues with uploading the podcasts in 'stereo' over at Phoenix Towers, so, alas, you missed out. 'Sucks to be you!

Here is the list of tracks played for those who listened live when the show aired on 96.7 Phoenix FM (Calderdale), between 6 and 8pm on Sunday 2nd October 2011.

If you discover the work of an artist through listening to our show, and would like to explore their work further, please support the artist by purchasing their records and/or attending their gigs.

1. Mogwai - Punk Rock
2. Netherlands - Something or Nothing
3. Plebeian Grandstand - Woe Is Me
4. Tim Hecker - Sketch 5
5. Lucky Pierre - Ache
6. Arthur Russell - Platform on the Ocean
7. Palehorse - South London, Where Dreams are Allowed to Breathe
8. Flying Lotus - Camel
9. False Flags - Phone My Wallet
10. A Winged Victory for the Sullen - We Played Some Open Chords and Rejoiced, for the Earth had Circled the Sun Yet Again
11. Netherlands MixTape -
Minutemen - History Lesson Pt. II
Guided By Voices - Game of Pricks
Sixto Rodriguez - Crucify Your Mind - Cold Fact
Chad VanGaalen - Molten Light
Belle & Sebastian - A Century of Elvis
The The - This is the Day
Heatmiser - You Gotta Move
Half Japanese - Put Some Sugar on it.
12. The Ex and Herman Brood - Retroper
13. Tortoise - Cornpone Brunch
14. Steve Hauschildt - Peninsularity
15. Giant Sand - Raw
16. Oupa - Forget
17. Kevin Coyne - Marjority Razorblade
18. REM - Harborcoat
19. Daniel Johnston and Jad Fair - If I'd Only Known


Netherlands
Something or Nothing
(2011)
Fear and Records (UK)
Fastcut Records (JPN)
Posted by Crow Versus Crow at 20:15