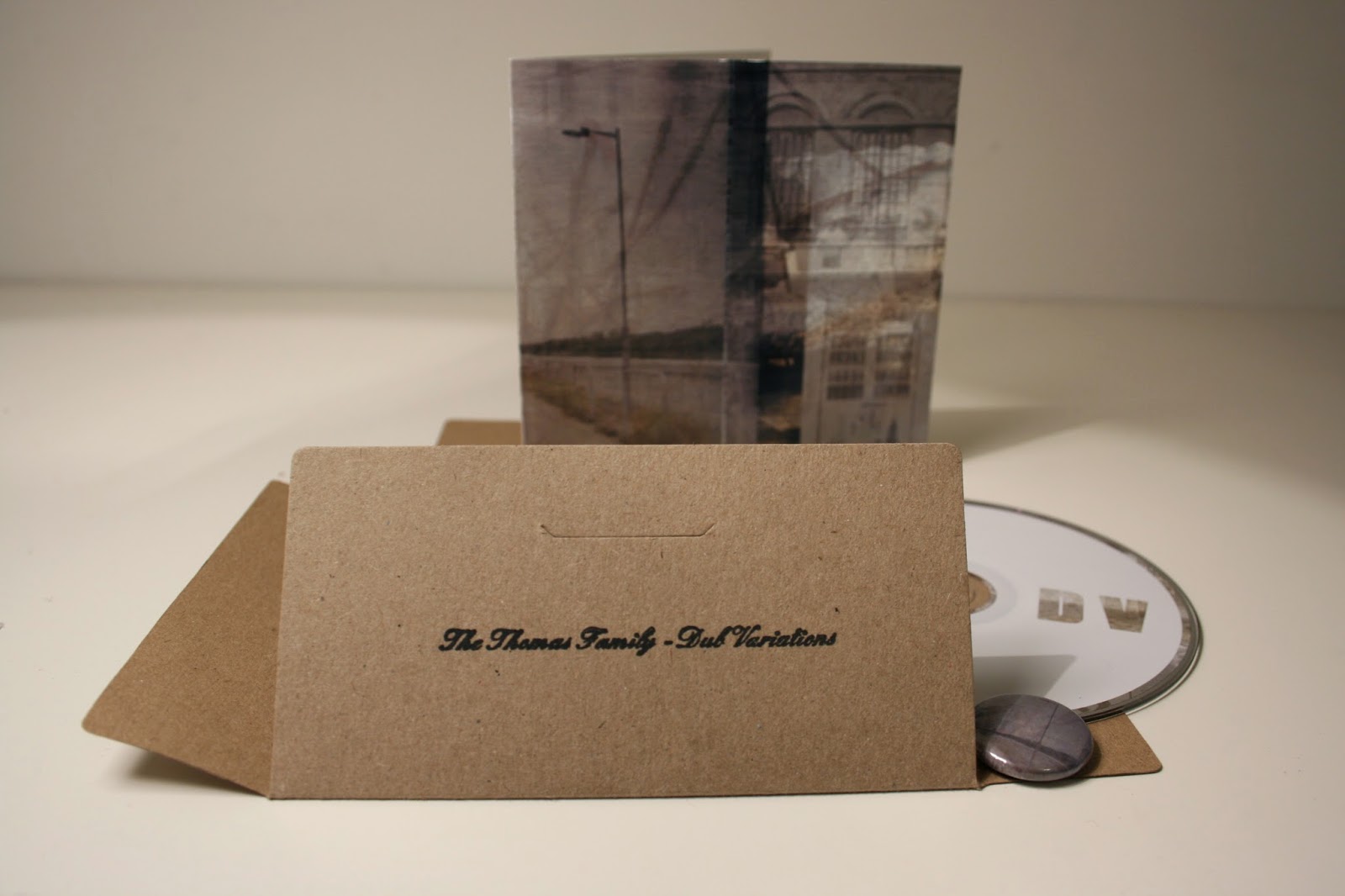 Since it's release in mid-October, very few of the review copies I sent out out have resulted in words being thrown about the internet in response to what such critics would undoubtedly have called 'Album of the Year', 'The Greatest Record of All Ti..' ...or, words to similar effect, if they had picked it up. However, the... lets for ease of identification call them the, 'more insightful' critics... the More Insightful Critics have taken the time to sit and listen to The Thomas Family's 'Dub Variations' album and have deemed it worthy of a few lines appraisal.

Having removed my snarky tongue from out of my cheek, I'd like to extend huge thanks to Rob/Radio Free Midwich, Mark/Idwal Fisher, Raffaelo/Music Won't Save You, and the mysterious reviewer at Swirls of Noise. Thank you! It's massively encouraging to see a record I have such a strong affinity for being so well received by others.

Here are excerpts of the aforementioned reviews and links to the entire articles:

'What we have here is a foundation document, an ur text, for this year’s most talked about sub-genre ‘extraction music‘. The album was recorded way before the term became common parlance on every street corner and was released way after. Hearing it is as mysterious and exciting as finding a previously missing explanatory introduction to the Voynich Manuscript.

'The way that ‘III’ moves from from random key prod into an urban ritualistic analogue nod fest provides us with the key piece here. Think Pink Floyd’s One of These Days for the Extraction generation with added exotic wildlife. ‘I’ and ‘II’ are much quieter affairs. Here we have desert dust storms, the ubiquitous hum of distant traffic, station announcements, minimalist explorations into the corners of empty factories where the light rarely reaches, bleak affairs made for near silence.'

Music Won't Save You: The Thomas Family Dub Variations (Italian)

'The result is a universe from the substantial nature of dark-ambient, resulting from the interaction of crackling field recordings and minimal sketches produced by modular synth.'

'...but words fall a bit short in actually describing it. Music wants to be, needs to be experienced. Those vague references and glimpses demand some amount of effort and attention, because otherwise the music simply passes by and might be reduced to the drone textures... While there is ambience – i.e. fragments of sounds that can be found in a city – they are reduced to a role in the background and unable to reach out to the listener. It feels as if someone would be shut in a building, engulfed in a stream of sterile sounds, while the outer world is experienced – through vague noises and impression – through some sort of window...A lot can be read from those tracks. A lot can be gained from these compositions. Listen to them.'