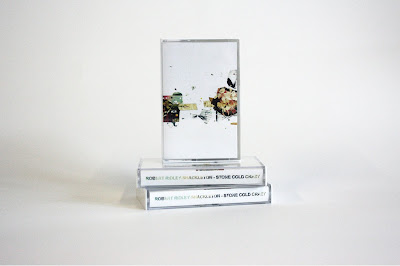 Now! The Crow Versus Crow label eagerly and excitedly pushes a glistening new tape your way. And boy! What a tape!
Following on from releases on such esteemed hepcat labels as Chocolate Monk, Structured Disasters, Turgid Animal and Beartown Records, and an unwavering stream of releases on his Cardboard Club and Hissing Frames labels, Robert Ridley-Shackleton, the Cardboard Prince of the No-Audience Underground, offers two sides of bubbling ferric in the form of, Stone Cold Crazy.
These six songs veer from uncanny, dripping, plastic pop to intense stream of consciousness monologues, propelled by blunt, arrhythmic whirrings, fluttering tape hisses, skittering mechanics and warbling, skeletal melodies.

More seriously introspective and directly confrontational than his previous releases, this collection of harrowing hits comes on like a bastard bastard of the first Suicide rehearsal tape, the immediate. archetypal pop of Daniel Johnston’s early recordings, and the glorious tirade of Mark E Smith’s self-interview tape.

In the words of Robert Ridley-Shackleton,
“For this album i wanted to do something a bit different from the funk driven gunk that i have been making and playing lately , i wanted to go back to the earlier sound of rrs in Terms of the audio but i also wanted to make something more Close to the bone less jokey and fun and more revealing, smudging the clarity of my speech with old school card sound cluttering tapeyness, im excited for andy to release something by me thats a bit different for tusk, my live sets However still remain funky xxx”

Stone Cold Crazy is released to coincide with RRS’ performance at TUSK Festival on Saturday 13th October 2018 as a very limited edition of 50 professionally dubbed cassettes and digital download. 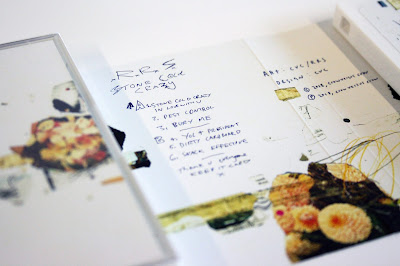